The Age of Dinosaurs series

These books from Creative Education are part of the Age of Dinosaurs series. They introduce the life and era of each dinosaur, starting with the creature’s discovery and ending with present-day research topics. Published in 2011.

These books are part of Creative Education’s This Land Called America series. These books showcase the history, natural resources, people, and attractions that make each state unique. Clear text and colorful photographs will appeal to the age 8 and above reader. Published in 2008–2009.

These colorful, exciting books are part of Creative Education’s Baseball:The Great American Game series. The books include lively player profiles and action so real you can almost smell the hotdogs! Published in 2008.

Ancient Wonders of the World series

Learn about the ancient Egyptian burial chambers that have long facinated mankind. Then read about this mysterious Peruvian city of Machu Picchu high in the clouds. Published in 2005 by Creative Company.

I wrote books about the Egyptian Pyramids and Machu Picchu, but have never been there! Ssshh, don’t tell anyone. I did do mountains of research though, and they are on my travel wish list. 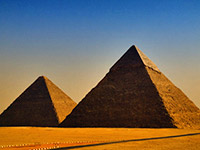 I am a serious sea glass collector. I have many jars full of these surf polished treasures.

I’m still so surprised when someone says they’ve read one of my books and…. really liked it!